Despite mentioning cats in only three previously posted articles, approximately half of the emails I receive ask the same two questions;

"Did Shannon ever find her missing cat Missy?" and, "Why do you hate cats?"

Firstly, yes. Missy was found in a neighbour's hedge that evening. She hadn't been run over or fallen down a well. Secondly, I don't hate cats, I just don't want them sitting on my lap or rubbing against me lifting their tails so I have to look at their bum holes. If I owned a cat, I'd make it wear pants.

I work in a bookstore and when your book came in as stock, I made the mistake of browsing through it.

While some of the stories were mildly amusing, it's quite jarring to go from drawings of spiders to fantasies about torturing and killing cats. Animal cruelty is a mental illness and usually the first sign of sociopathy. Serial killers torture animals when they are young. It's my most fervent opinion that you need to find a highly skilled psychiatrist post-haste.

Opinions are like nipples. Some have firm points, others are barely discernible through layers, and some are displayed at every opportunity regardless of whether the audience has stated, "I am interested in your nipples," or not. Cats have nineteen.

As people can only provide unbiased opinions about things they have no interest in, your zealous fervour regarding cats is understood but misdirected.

At no time have I ever "fantasized about torturing and killing cats." This is an assumption you have made and I am puzzled to its origin. Are you referring to the article titled David and His Best Friends Spend a Day at the Beach? I have attached an excerpt. 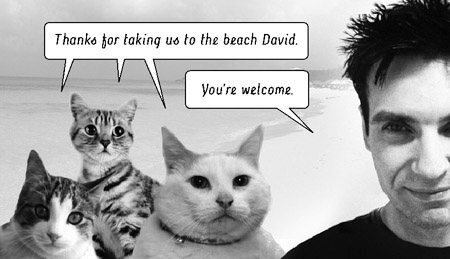 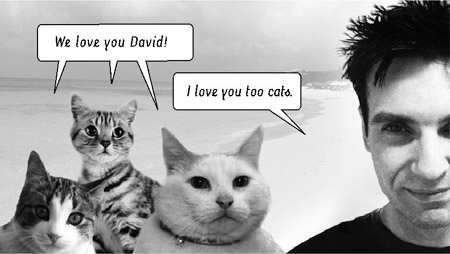 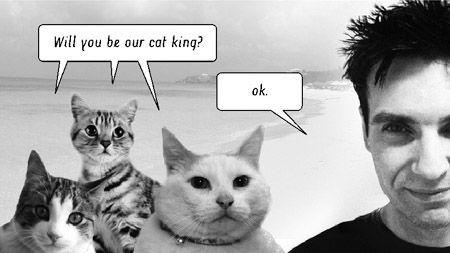 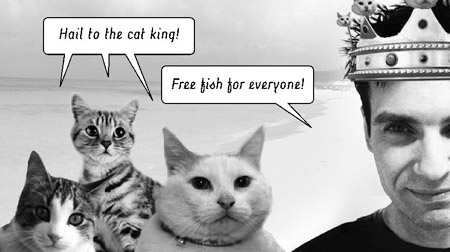 There's nothing in the book about cats making you their king. I was referring to at least 3 articles that mention cats being tortured or killed. For example:

"I once agreed to look after a friend's cat for a week but after he dropped it off at my apartment and explained the concept of kitty litter, I kept the cat in a closed cardboard box in the shed and forgot about it. If I wanted to feed something and clean faeces, I wouldn't have put my mother in that home after her stroke. A week later, when my friend came to collect his cat, I pretended that I was not home and mailed the box to him. Apparently I failed to put enough stamps on the package and he had to collect it from the post office and pay eighteen dollars. He still goes on about that sometimes, people need to learn to let go."

The thought of a cat being trapped and frightened in a box in the dark and slowly starving to death is what you call humor? Pathetic. You need to take a good long look at yourself and seriously consider seeing a psychiatrist for your own safety and those around you.

I have no idea how you managed to get published by Penguin writing material that cleary illustrates a complete lack of morals and ethics.

I never stated the cat starved to death and you have simply assumed that it didn't enjoy the experience. Cats like being in boxes. I could understand your concern if it had been a shoebox but it was at least twice that size. It's easy to take something written out of its original context and make it look bad.

A few years ago, I was commissioned to write copy for an annual publication produced by Top Tourist Parks of Australia. After a print run of seventy-five thousand and distribution throughout Australia and New Zealand, it was discovered that I had left the letter v out of the word 'dive' and the introduction for a five-star family resort activity stated "Die with your children, a new world awaits." Apparently a child had drowned the year before so admittedly it was bad timing but these things happen, there's no point carrying on about it.

Also, despite your opinion that I am without either morals or ethics, many of the articles in the book have an underlying message expressing the contrary. I have attached the article David and his Best Friends Go to the Movies which clearly illustrates this. 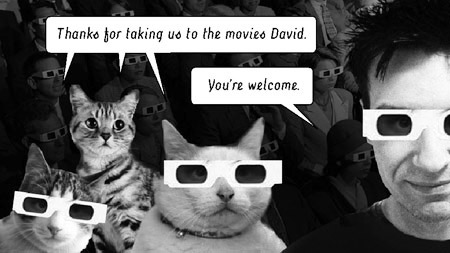 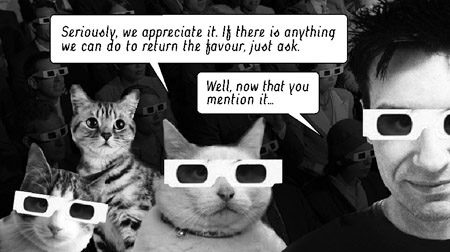 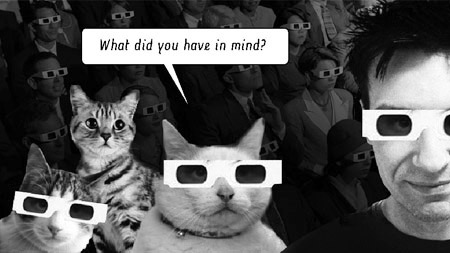 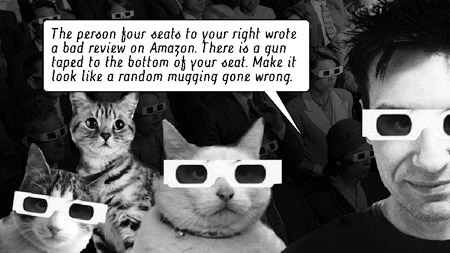 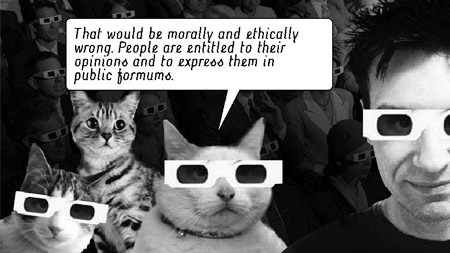 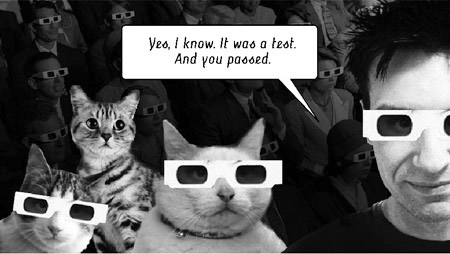 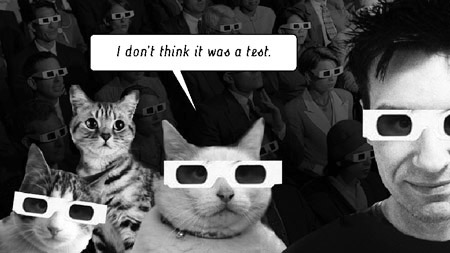 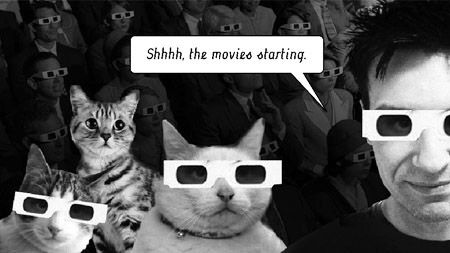 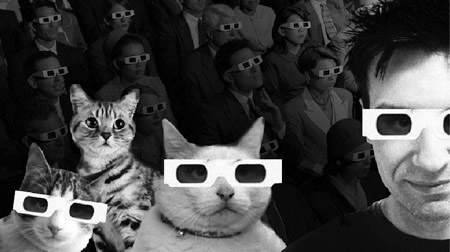 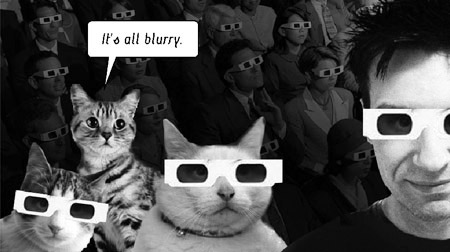 Obviously we have differing opinions on what constitutes acceptable ethics and offensive humor. I suggest reading some of Chelsea Handler's books. Her humor is spot on and while she can be a bit risque at times, she never crosses the line like your book does. You could learn a lot from her.

Fortunately, in my store at least, I'm in a position to decide where your book is displayed so nobody will see it. I will also be sure to warn customers against buying it if they bring it to the counter.

Your efforts to protect both cats and customers should not go unacknowledged. If you have access to a printer and scissors, you could make yourself a little badge.

Anyone can form an opinion but it takes a certain type of person to carry that opinion through to consumer censorship. In a million years, when mankind dies out and cats inherit the earth, they will probably build a statue of you featuring a cat nestled in one arm, a can of petrol in the other, and a pile of books at your feet. Or one of you cleaning your bum with your tongue.

Your efforts to impinge book sales are, however, unneccesary as Penguin's marketing team seems to have the same strategy. I visited a Barnes & Noble store this morning, expecting to find copies of my book in the humor section, but located only a single copy in the home and garden section next to Diana Kennedy's The Art of Mexican Cooking.

In contrast, Chelsea Handler's book was displayed throughout the store and even had its own cardboard display. Based on your suggestion, I had a quick flick through and owe you a debt of gratitude as I now realise what it takes to receive excellent reviews on Amazon from people like yourself. 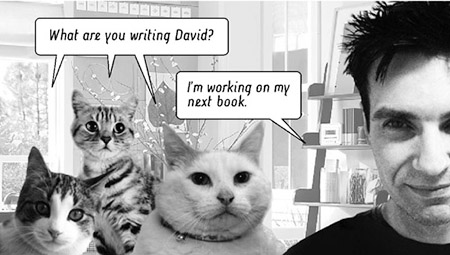 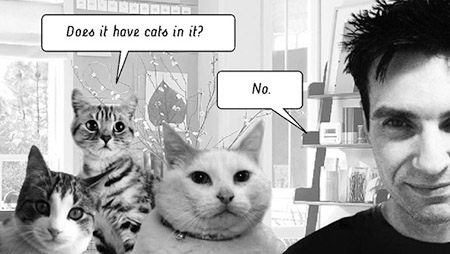 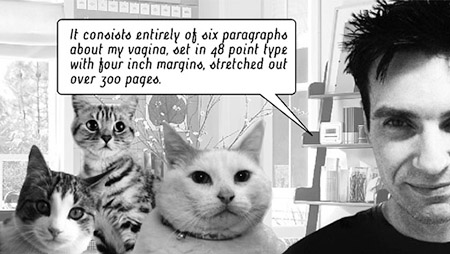 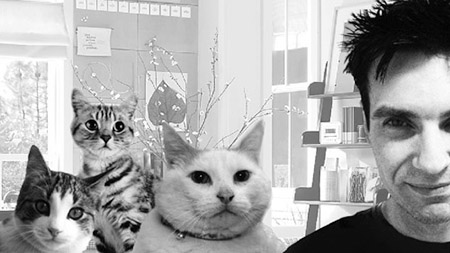 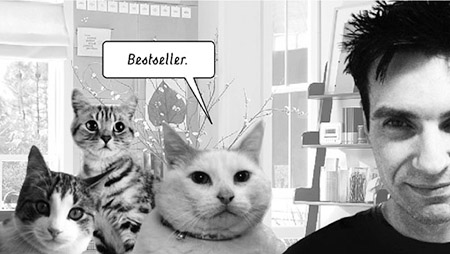 Nobody asked for your opinion. All you've done is display how ignorant you are. 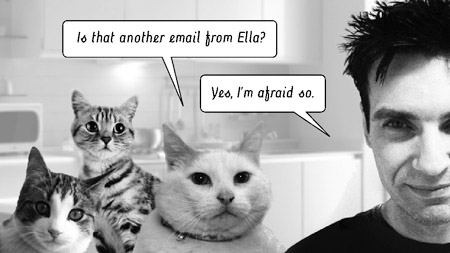 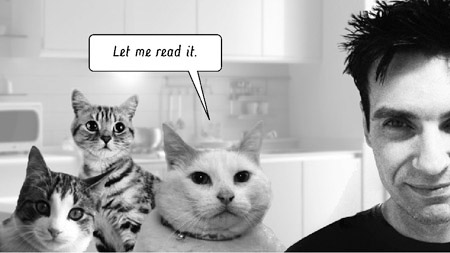 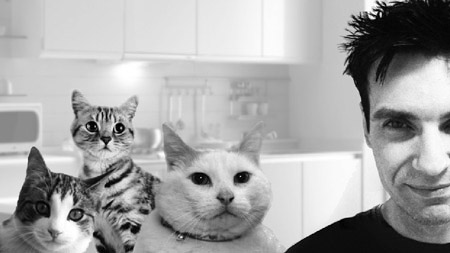 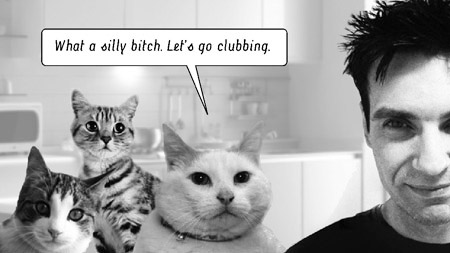 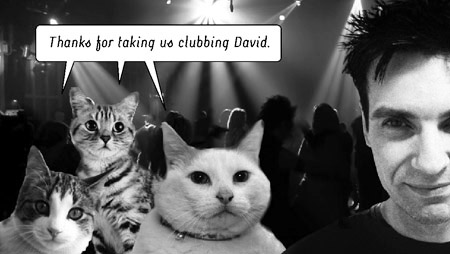 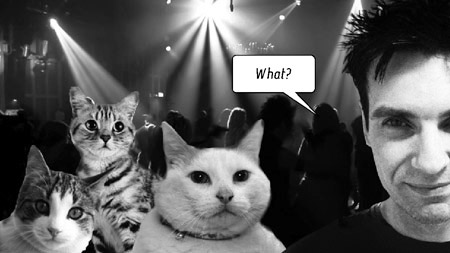 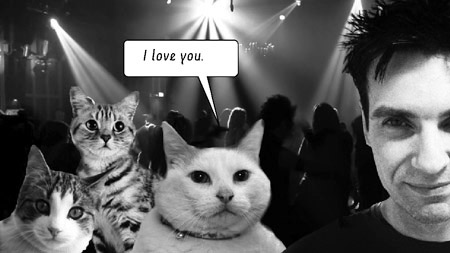 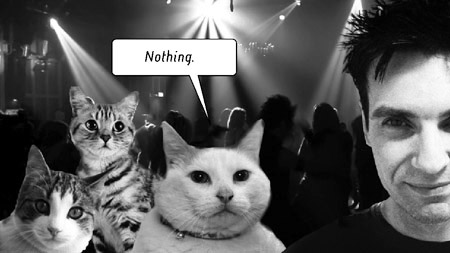 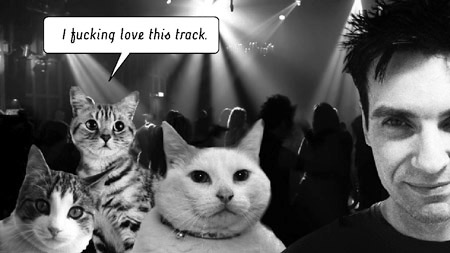