Apparently after receiving three formal complaints, there's meant to be some kind of meeting between the parties involved. This never happened. If there are five complaints, an external mediator has to be brought in. This didn't happen either and I was quite disappointed.

I don't really have anything against Simon, apart from the fact that he likes the band Nickelback, and I have no idea what his problem with me is as I'm a pleasure to work with. I brought in a box of donuts once which is pretty nice. I found the box in a bin and left it on Simon's desk. When he asked, "Who brought these donuts in?" I replied, "The girl from the shop across the road, because they have too many." and watched him eat four, complaining between mouthfuls that they weren't very fresh. He would have eaten more but stopped after finding a dead cricket in the box.

My very first run in with Simon was when he blamed me for stealing pens from his desk - which I vehemently denied. He then proceeded to point out the tiny words 'Simon's Pen' he had engraved on all eight of the pens currently on my desk. He had to point them out with the aid of a loupe. Each two-millimetre high letter was meticulous. When I asked how he had managed to get the letters so perfect, he told me he had a headset at home with a light and magnifying glass on it "For painting collector figurines." 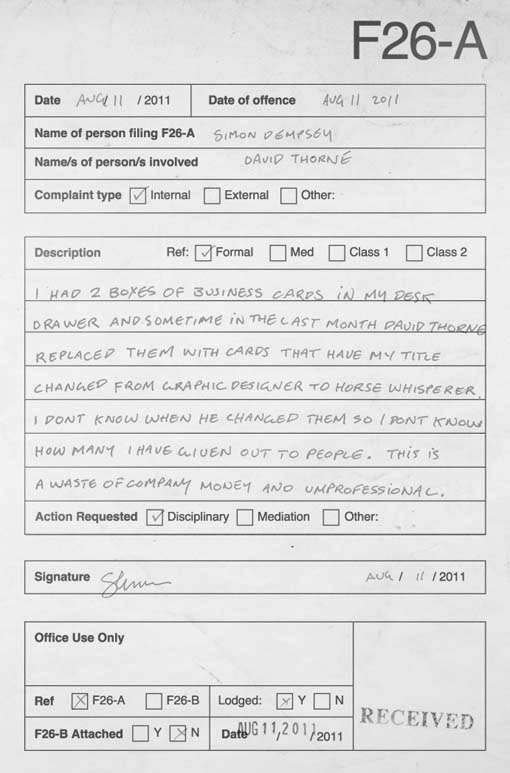 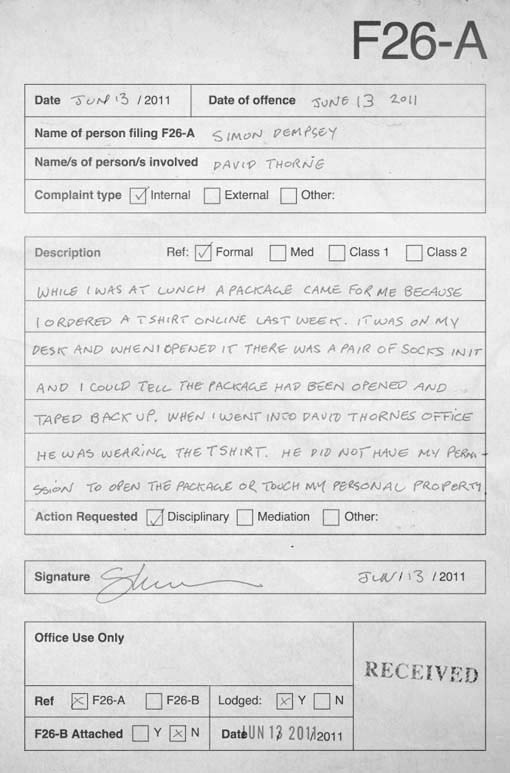 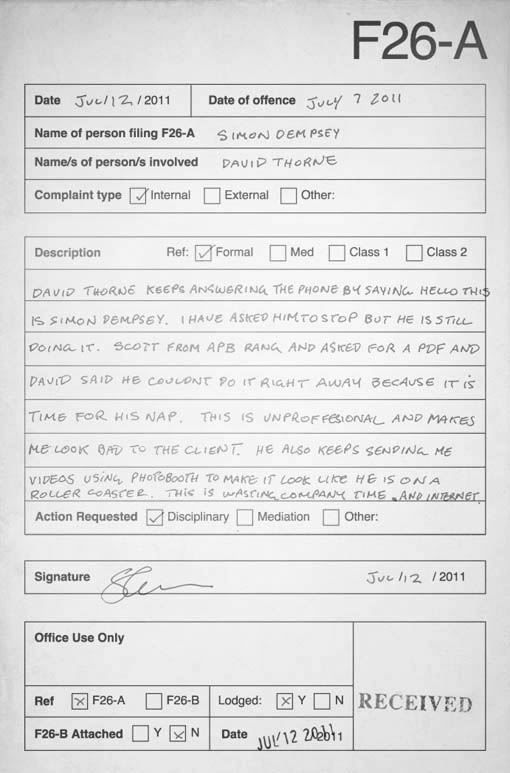 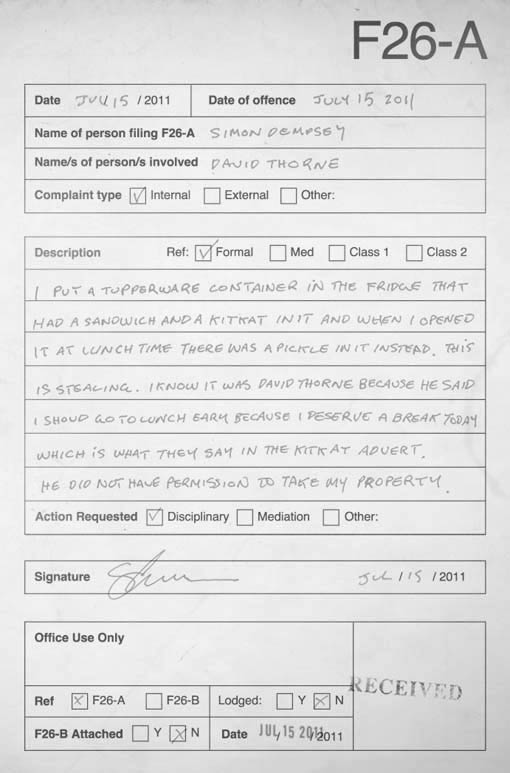 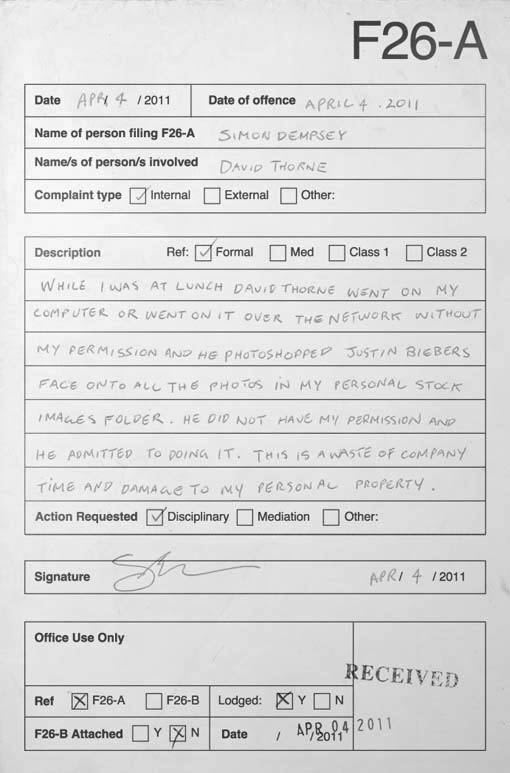 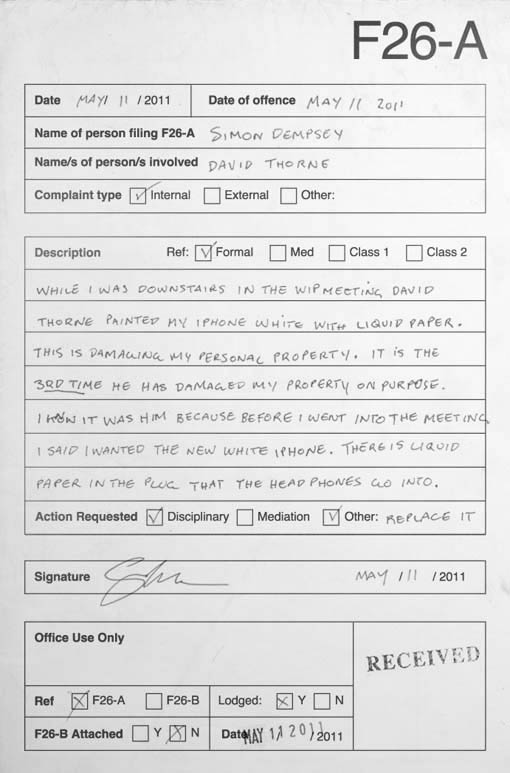 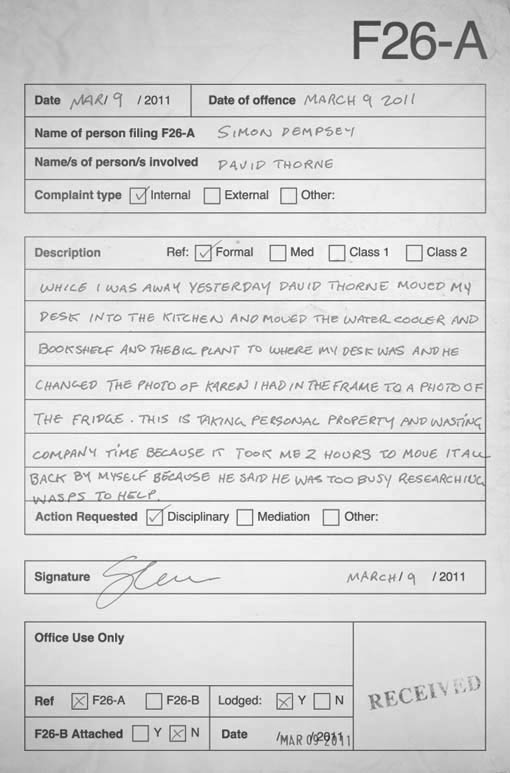 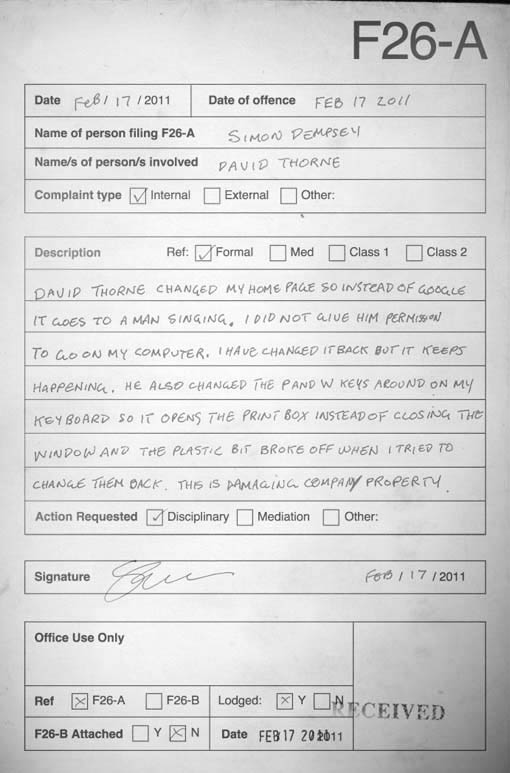 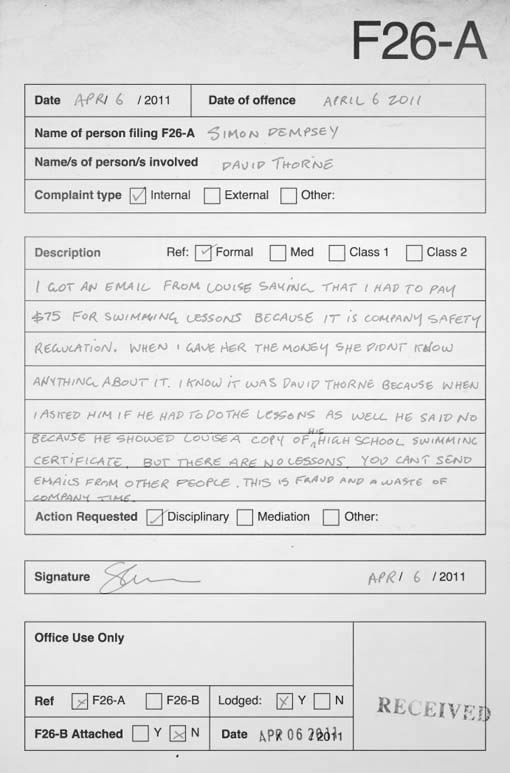