Seb paused his game last night and yelled into the kitchen, “Oh yeah, I almost forgot, tomorrow is Eskimo Day at school. Everyone has to dress like an Eskimo.”

We pulled it off but it was 3AM before we climbed into our beds. A faux-fur blanket had been sacrificed to create the overshirt. A semicircle of the same fabric, hand stitched to the neck line, formed the hood. The boots were constructed from the remaining scraps of blanket, a can of spray-adhesive, and a pair of rubber rain boots.

For the spear, I removed our shower curtain rod and attached a butter knife to it with duct tape.

It had all come together and wasn’t half bad: 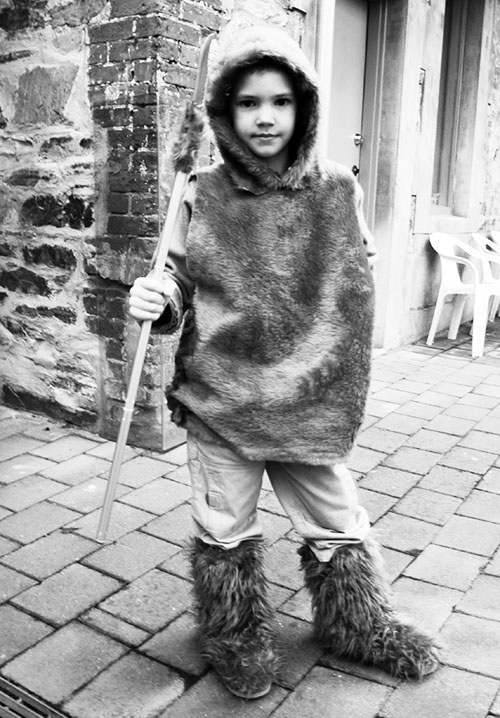 We were tired but made it to his school the next morning no later than our usual lateness. I walked Seb into class wearing his outfit.

It was ‘Excursion Day’ and everyone was dressed to go to a local quarry to learn about fossils. There was a permission slip in the bottom of his schoolbag that stated, "Please dress appropriately. It will be hot."